You are here: Home / Archives for Jewish history 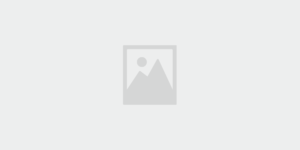 Draw Back the Curtain is a project that has taken a journey of its own, in preserving the history of the brave Jewish families who emigrated from the Former Soviet Union to Richmond in the 1990’s.  Jewish Family Services can think of no better way to celebrate Jewish-American Heritage month than with a screening […]

JFS has a long history of compassionate individuals practicing “Tikkun Olam” (repairing the world), through their dedicated service to the Richmond community. The Ladies Benevolent Hebrew Association in 1849 was the first incarnation of JFS, and was made up of Jewish women dedicated to bettering their community through selfless acts of service.  The impact of […]

Jewish Family Services has been a part of the Richmond community for so long, it’s almost impossible to imagine the city without its presence. 165 years, a span of several lifetimes in America’s history marked by several wars, technological expansion, and growing diversity. During this time Jewish Family Services has become an ingrained part of the […]