Jewish Family Services celebrated its 170th Birthday Party on Sunday, October 6 at the Virginia War Memorial. The warm, overcast afternoon was perfect for enjoying the sweeping views of the James and the Richmond skyline. Many friends of JFS gathered to celebrate: current and former board and staff members, people resettled by JFS from the Soviet Union in the 80s and 90s, representatives from Beth Sholom, the JCFR, RJF and JCC and others touched by JFS over the years.

JFS’ 170-year history was on prominent display throughout the event. Posters honored the Straus, Cohen and Thalhimer families and their many generations of JFS leaders. A timeline of important moments in JFS history, from 1849 to 2019, flanked the wall overlooking the river.  People resettled from the former Soviet Union by JFS in the 80s and 90s told stories about their first days in Richmond to laughter and applause.

A reunion photo of JFS volunteers and people resettled by JFS from the former Soviet Union. 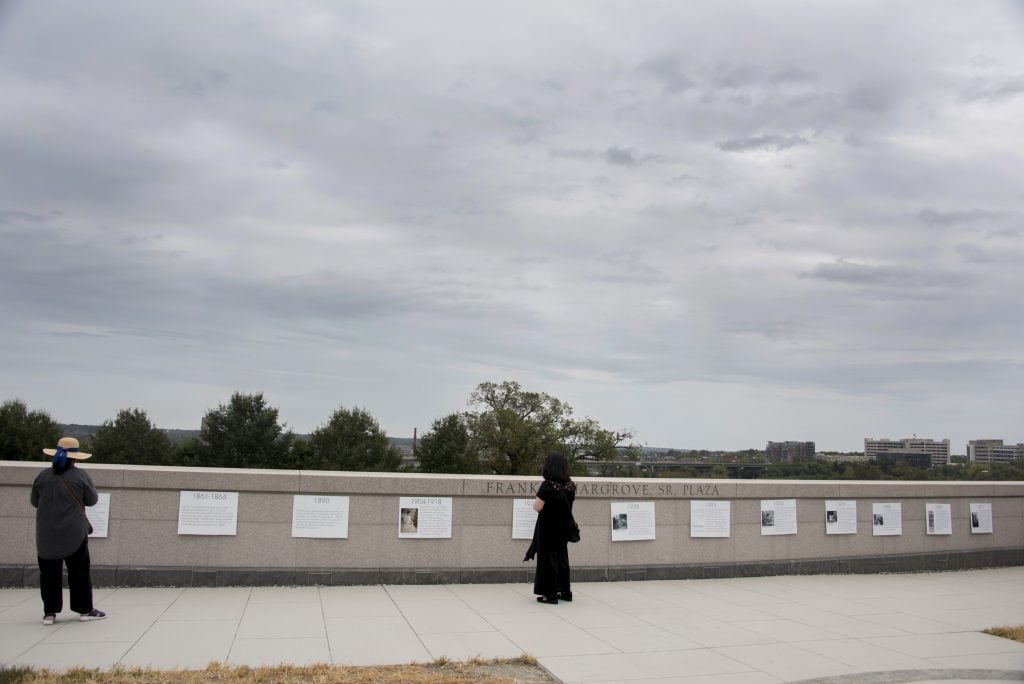 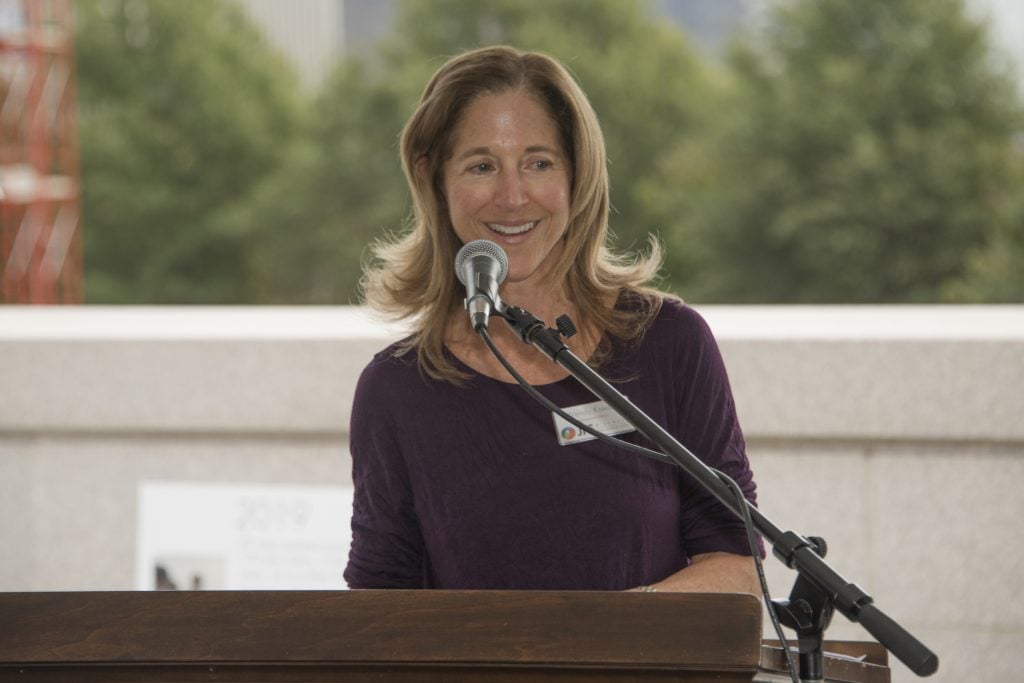 Ellen Glass, who recently celebrated her 30 year anniversary at JFS, lit a candle representing JFS Counseling. Teresa Baldwin, supervisor of JFS’ Senior Engagement program, lit the candle for JFS Care. A candle for JFS’ 170th birthday was lit by longtime JFS volunteers and leaders Jerry and Ann Samford. Finally, young Isaiah and Eva Sisisky lit a candle for the lives JFS will transform in the future. As the breeze over the James blew out the last of the candles, slices of cake circulated through the crowd.

JFS is grateful for everyone who attended and for our generous sponsors: the Miller, Bowles & Horn Group of BB&T Scott & Stringfellow, BB&T, DominionTek, the Richmond Jewish Foundation and Woody Funeral Home.