You are here: Home / Archives for Food for Thought

Dr. Sydney Fleischer has been a fixture at JFS for more than thirty years. “Everybody likes to call me the historian,” she said with a wry smile, but she is much more. Lately she’s been trying to pare down her files. Years of accreditation documents, grant applications, and JFS Annual Reports from the early 1900s […]

Since last month was Breast Cancer Awareness month, it is timely to focus on the amazing achievements in detecting and treating breast cancer. We have made remarkable breakthroughs in diagnostics, treatment options, and research initiatives for what was once considered an incurable disease. Until the 20th century, breast cancer remained a hidden disease among women […]

There are quite of few of us that just don’t feel the drive to join anything, including support groups. Usually, these groups are scheduled at specific times and days of the month. People who are long time members become close knit, while new members can feel a bit out of the loop. So, some people […]

Scientific studies suggest approximately 25% of how long we live is dictated by genes, and the other 75% is determined by our lifestyles and the everyday choices we make. Longevity experts at the National Institute on Aging have gone to great measures to study aging. They identified four locations across the world where many people […] 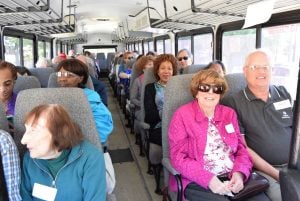 September 17th marks the beginning of the fourth year of the Enrich for Life program.  If you are a semi-retired or retired adult, join Jewish Family Services and the Weinstein JCC in a sweet New Year with challah, apples, honey, a hot kosher lunch and a special program by Dr. Richard Woodward, the curator of […]

Building resilience is an important thing to teach early in life, and it is just as important to practice midlife. Scientists who study stress and resilience say it’s important to think of resilience as an emotional muscle that can be strengthened at any time. Dr. Dennis Charney, co-author of the book “Resilience: The Science of […]

A new state scorecard on long-term care services from AARP Foundation, the SCAN Foundation and the Commonwealth Fund an overall concerning picture of uneven, slow progress in providing affordable care for older adults and people with disabilities. Although there has been some advancement by the state, for example, many states have increased proportion of […]

The mind and the body are inexplicably linked; a person’s state of mind affects the functionality of their body and issues of the body impacts a person’s mental function. On The Wagon’s Comprehensive Guide to Mental Health and Exercise explain the importance of taking care of the body and mind. http://www.onthewagon.org/mental-health-and-exercise/

According to the Better Business Bureau, over the last two years, some 70,000 frauds and scams have been reported across the United States. Anyone can fall victim to a financial scam, but older adults tend to be particularly popular targets. Frequently, fraud perpetrated against older adults is not reported until long after the scam has […]